Phil Kearns and the dog

This story about Phil Kearns surfaced a few days ago then all of a sudden the link got deleted , i wonder if Mr Wallaby captain had anything to do with that. I am posting it here so people can see that what Joel Monaghan did in comparison was insignificant. 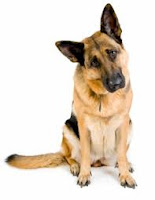 This is from a story interviewing Jim Williams about the weirdest thing he has ever seen in his time playing rugby below is what he has said ....

The recollection had reminded him of the time he was part of an Australian squad preparing for the 1999 World Cup final against France. “We had one of those video conferencing systems where players could talk to and see their wives and kids back in Australia. Any way, in the week before the final, Phil Kearns, who had been injured and had returned home, was using one to send us a good-luck message.
“He was talking to the guys and when he walked into shot it was obvious that he had no shirt on. I thought he just had no top on but his wife, who was holding the video camera, panned down to reveal that Phil was stark naked. Better than that, his dog – he had a big Alsatian – then walked over, nudged him in the nuts and started licking. I’ve never seen anything like it.
“We found out afterwards that Phil had rubbed jam or honey into his groin to get his dog to do that on cue. It was his way of settling down the squad who were really tense and worried at the final coming up.”
There’s nowhere to go after that.
Posted by JM at 11:50 AM No comments: